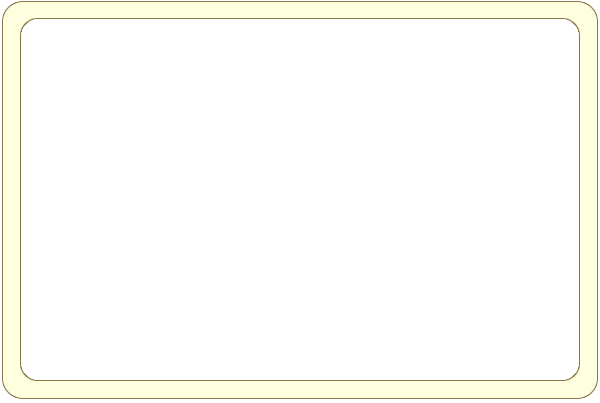 The B-room is an affordable one-room studio based around a discrete Class A 16 channel Geoff Daking Console. This console is modeled after the famous Trident A-Range console. Though small and minimal, all the gear is solid from the Mogami cabling to the Apogee conversion and ADAM monitors. The idea for this room is for it to be an easy transition for someone working in small digital home studio to make the jump to a real analog studio.

WHAT THE B ROOM IS GOOD FOR:

-Mixing projects that were recorded in smaller studio or home studios.
ProTools and Logic and all the other DAWs are great. The only thing they really suck at is when you hit the bounce to disc button. Sure it's recallable, but I've never met a recording engineer who mixes in the box because they think it sounds better. Every engineer I've ever met admits that mixing through an analog console sounds better. And mixing through a high-end console like the Daking sounds much better. Once you've mixed analog and used real analog EQs and compressors instead of plug-ins, you'll hear the difference. Call us to discuss your mixing project. We assess your project and help guide you in the best, most economical way to get the best mixdown. We even often a one song free trial mixing session for new clients.

Check out this link to our friend Allen Farmelo's blog on bouncing to disc VS. analog summing. Allen is a mix engineer based in New York.

Here are some ANALOG MIXING TIPS, if you'd like to learn more.

-Mix to Analog Tape.
That's right, we have 11 analog tape machines at the Hangar and we can roll one into the B-room and you can mix to real tape, not a plug-in simulation. Tape sounds great. Tape is what you like to listen to. Tape is what all your favorite classic rock records were recorded to. Real tape is like a classic Les Paul guitar, tape simulation plug-ins are like a Les Paul copy made in China. Even if you recorded everything digitally, mixing to tape will improve the mix, especially for rock records. Also, tape is still the best archiving medium for long term storage. Digital formats come and go, but tape machines have stood the test of time, so if you really care about your music, it might be worth buying a few rolls of tape. The joke among archvists is that if The Beatles had recorded to digital, the files would have been unplayable by the time the CD was invented. (ie; DAT, ADAT, etc.).

-Vocal, keyboard, guitar overdubs.
There is a small vocal booth in the B-room and some very good mic pres and compressors. With advance notice, mics not being used in the A-room can be used in the B-room making for a very economical way to do overdubs without compromising your signal path. There are a variety of keyboards in the B-room too from a Rhodes to a Moog.

-Synthesizer processing and recording.
The B-room has a large modular analog synthesizer set-up in it. It includes two racks of MOTM and Blacet modules, an ARP 2600, PAIA modules, homemade modules, a Moog Voyager (MiniMoog) with CV inputs, an Oberheim 4 voice, a MicroMoog, a Roland Juno 106, Yamaha DX-7, and an Arturia Origin. There are more synths in the A-room that can be used in the B-room with advance notice including a Prophet 600, Prophet 800, Moog Little Phatty, Korg MS-20, ARP Odyssey, Korg Micro Korg, Dave Smith Evolver, and 4 pedal Moogerfooger pedal board. The B-room is not only a great place to track synth parts but to process your audio tracks through the modular with it's filters, envelope followers, etc.

WHAT THE B ROOM IS NOT GOOD FOR:

-You can't track drums in here.
It's not big enough and there's not enough mics. You need to use the A-room for drum tracking or full band tracking.

-Super loud guitar amps with speakers.
You can do guitar overdubs in the room, but not super loud Marshall type stuff with a cabinet. We do have an SPL Transducer which is super trick all analog speaker simulator that you can patch a Marshall into and get great results. If you're skeptical , try it out and if you don't like the way it sounds, we won't charge you.

-Filling the room with a bunch of people
This is a small space. It holds two people, one musician and one engineer for instance, really comfortably and intimately in a nice way. Three people can fit but it's a bit cramped. Trying to fit a 5 piece band and an engineer in there is going to make the session pretty uncomfortable. We suggest you work there in shifts (wed night is guitar overdubs with Jimmy, and thurs night is vocal overdubs with Robert) or encourage people to hang out in the lobby who aren't actually needed in the studio. But keep in mind the Lobby is cold in the winter and hot in the summer!

-Mixing when you're not trying to save money.
What?? Who's not trying to save money? Well, everybody tries to save money and that's one of the reasons we built this room. But, people who've made a lot of records for real record labels that get played on the radio and stuff realize that if you try and cut too many corners, you're shooting yourself in the foot. We do a lot of medium budget records here at The Hangar for record labels like Sub Pop, Anti, Warner Bros., etc. Most of these projects book 10-14 days in the main room to mix. Most of the B-room albums are mixed in 1-2 days. 1-2 days in the B-room will sound much better than mixing at home in the box. But when you look at the difference in price and the difference in gear between the A-room and B-room there's no comparison. For twice the money (And we're talking the difference between $20 an hour over $10 an hour) you're getting almost 10 times more for your money. By mathematical reasoning if the B-room is $10 an hour, the A-room should be $100 an hour but it's only $20 an hour, which actually makes it an even better deal than the B-room at $10 an hour. Actually, most studios comparable to our A-Room in cities like New York, Los Angeles and San Francisco cost more like $200-$300 dollars an hour, which is why we have so many clients who come to The Hangar from those bigger cities. In the A-room you have several channels of high-end, classic Vari-mu compression. Classic inductor EQs. An EMT plate reverb. A large recording space for re-amping tracks. That being said, some mixes don't need all that, and the B-room is a great choice for a mix on a budget. Our in-house mastering engineer Eric Broyhill at Monsterlab Audio mastered some of the first mixes to come out of the B-room. His comment, was 'Dude you need to raise the rate! You're shooting yourself in the foot! These mixes sound awesome.'